A late Cold War weapon, The Romanian IAR Fighter was a proposed Aircraft envisioned by The Romanian Air Force around 1978. As a self-produced Fighter Jet, it was meant to augment the variety of Soviet Fighters already purchased and in service by that Country. The IAR-95 incorporated many designs of The US F-16 ''Eagle'' Fighter, but was designed with a single Turbo Jet Engine. Due to the high cost of development only a ''mock-up'' was ever built. The Project ended in 1988.

To be piloted by (1), The IAR-95 (nicknamed ''Spey'') was designed to be 53-feet long with a swept-wing pattern length of 31-feet. Powered by a Single Tumansky R29 (afterburner), it would have produced 27,500-IBF Thrust). Actual airspeed was never determined, but it is speculated that The ''Spey'' could have achieved 800-mph. Armament was also never decided on, but the airframe could have supported 7,000-pounds of various Ordnance. 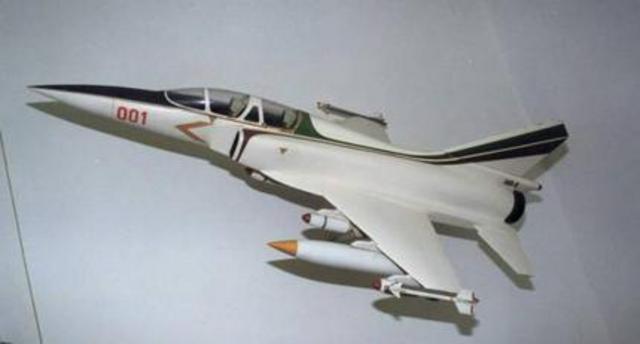