Robert “Clay” Allison was born in Tennessee in 1840. He learned cattle and sheep raising as his primary vocation. Coming from a large family (9 children), food and resources were always scarce. Clay was noted for his “quick” temper and mood swings. At the start of The Civil War, Clay enlisted in The Confederate Army (Artillery). He was discharged due to medical examination which concluded that a blow suffered to the head (when a child), was responsible for him being incapable of fulfilling the duties of a soldier. Undeterred, Clay tried again (to enlist) – successfully joining Nathan Beford Forrest and his Guerilla Cavalry Forces. He surrendered with Forrest in 1865.

Clay began to become more and more involved with violent encounters (over slights to him) – all resulting in fatal or near-fatal outcomes to those he quarreled with. Skilled with both gun and knife, one did not want to get on Clay's “bad side”. By 1874, Allison had earned a reputation for himself as a Gunfighter. Gambling and drinking throughout New Mexico – hardly a Town he “visited” was he NOT known to leave at least 1 dead body. In 1876, (Colorado), local Law Enforcement attempted to take Allison into custody. The gunfight was legendary, Clay managed to kill the Sheriff and his 3 Deputies in a “running” gunfight. Escaping to Dodge City, Kansas – Allison almost ran afoul of Wyatt Earp (whom he had heard was looking for him). Legend states it was one of the few times Clay Allison ever backed down from a fight.

From 1880 to 1887, Allison appeared to have given up “The Life” and settled down to cattle ranching in Texas. Clay died an accidental death on his ranch in 1887, when a heavy wheat stack fell on him (breaking his neck). Allison used the same weapon for most of his Gunfighting career. He preferred a plain Colt .45 Caliber Single Action revolver (unmodified). 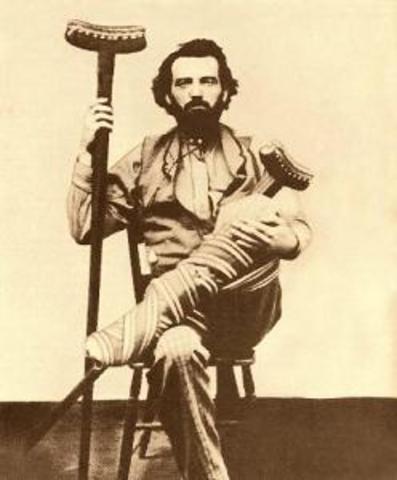 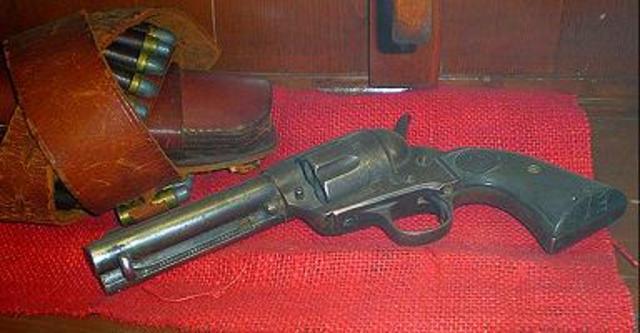