The RMS ''Tayleur'' was a 19th Century Clipper Ship operated by The ''White Star Shipping Line'' of England in the 1850s.She would become lost to History as being the ''First Titanic'', or mimicking that tragic and famous maritime disaster later in 1912. A Full Rigged Vessel, whose Hull was Iron plated, ''Tayleur'' was used in Commerce and Passenger Travel Routes. Launched in 1853 from Liverpool, England – Her ''Maiden Voyage'' was from England to Australia. ''Tayleur'' was crewed by 70 Officers and Men (30 who were the only experienced Seamen aboard). The Vessel had 640 Men, Women and Children aboard for the trip. Numerous ''mechanical issues'' existed to include not enough lifeboats and faulty Compasses for navigation. Off of The Island of Lambay (The Irish Sea), on January 21, 1854 – ''Tayleur'' ran aground on Shoal rocks – smashing Her Hull. Rapidly sinking and poorly evacuated – only 280 of Her total number to include Crew, would survive. Her sinking was seen as one of the worst disasters of the mid-19th Century. ''Tayleur'' displaced 1,700-tons and was 300-feet in length (with a Beam of 30-feet). 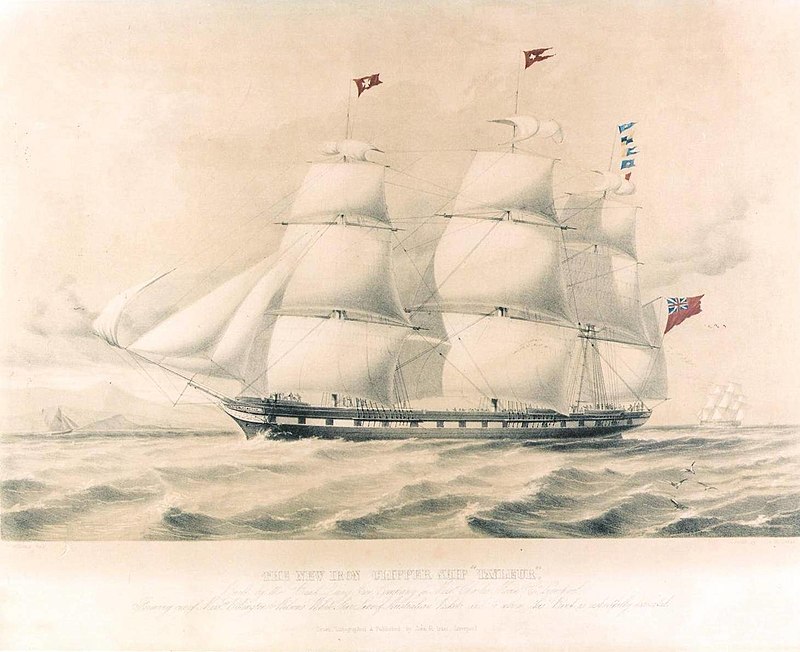