An American steam Paddle-Wheel Ship built in 1864, The ''River Queen'' (while not being a Warship or being involved in any ''heroic'' Naval Battles), served an important part in The American Civil War. It was aboard this Ship that the final Plan for The North to ''win'' The War was detailed and enacted. Then US President Abraham Lincoln met his two top Generals (Grant and Sherman) onboard – while traversing The Potomac River in 1864. At one point Lincoln even put forth a Plan to simply allow The Confederacy to exist (formally recognizing it as such) – as a means to ending 3-years of bloody War. Both Generals instead, put forth their Plan known as ''Scorched Earth'' (to be leveled at The South). Lincoln ultimately agreed on this Plan which in fact did end The War in 1865. Lincoln also stayed aboard ''River Queen'' several days before His assassination in April of 1865.

At 425-tons displaced, The ''Queen'' was a typical Steam Paddle-Wheeler (commonly used in The US to ferry passengers and transport Cargo). She was 180-feet long and had a Beam of 15-feet. Coal Boilers provided the required Steam to move Her Pistons (which turned Her Wheel – and thus forward movement).

After The War, She would be sold to a Cargo Company in Rhode Island, still moving cargo and passengers along The Upper Eastern Seaboard. In 1910, The ''Queen'' was used as an Excursion Ship (for pleasure). An accidental fire destroyed The ''River Queen'' in 1912. 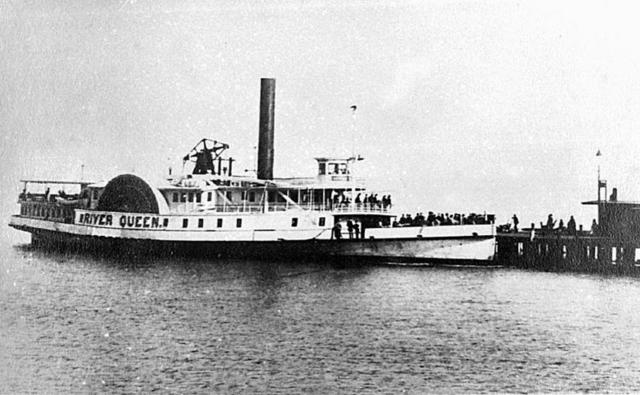