While the Art of Grappling is Ancient (traced to 1st Century BC Greece, at best) – the style of grappling was seen as a point of necessary military training for Medieval Men at Arms. One of the first such training schools established was in Germany. It was established in the 15th Century AD. The style of such fighting was called ''Ringen''. The martial style concentrating on using an Enemies own weight or lack of proper balance against him. This was accomplished by a series of ''forms'' or stances which concentrated on one using arm and leg positioning and a series of calculated throws or take-downs.

Once down, the ultimate goal was to dispatch one's enemy. This was accomplished by Short Short and better still – Dagger. Other techniques taught was the use of placed kicks, punches and choke holds. By the 17th Century however, such martial arts were seen as ''crass'' by Nobility (who saw such applications best suited to Common folk). As such, many German schools of Martial Arts stopped teaching grappling. 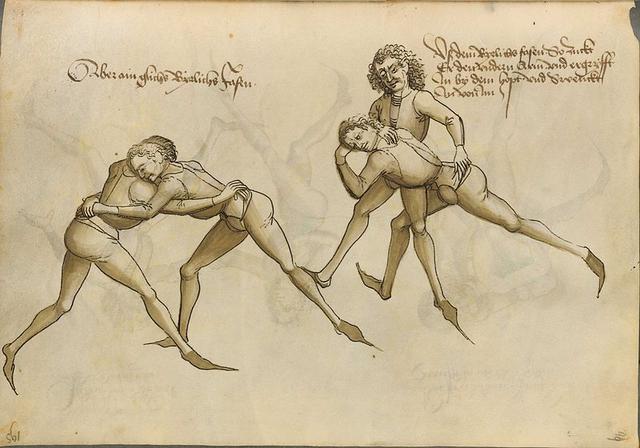