With only a smattering of Navy Vessels in The Republic's Navy, all were deployed with detachments of The Texas Marines. They were trained in Ship Boarding tactics and amphibious landing techniques as well. Although The Republic Navy maintained Ship Gunners, many Texas Marines manned the Ship Cannon.

No official Commandant (General) was selected to govern The Corps. (taking orders from their particular Ship Captain) and The Government of The Republic. They would be disbanded just prior to the Annexation of Texas by The United States.

Uniforms for The Republic Marine Corps. (Dress) were Dark Blue Jackets (with Dress Uniforms featuring the Rear Split Tail).Trousers were Blue-Grey without any side stripping. Facing was Yellow with Red Trim. Mirroring a similar color scheme as The US Marines, some subtle differences existed. The Headgear was a Leather Medium Crowned Helmet, topped with a Red Pom.

A more similar approach was taken for their Duty or Fatigue uniform. Harkening back to The US Colonial Marine of the 18th Century, a Green Shell Jacket was adopted. A form of British Fusilier Shoulder Boards in Gold was also applied to the Coats. The ''Wheeler'' or Flat Hat (used by The US Army) was also adopted. Finally, Grey Trousers were worn.

Much as The US Marines, a White Belt was used on the outside of The Uniform from which both Sword and Pistol (Officers) was carried. The Republic Marine Corps. too adopted and Anchor-type motif (but as with The US Marines, the iconic ''Globe and Anchor'' was not in used yet). 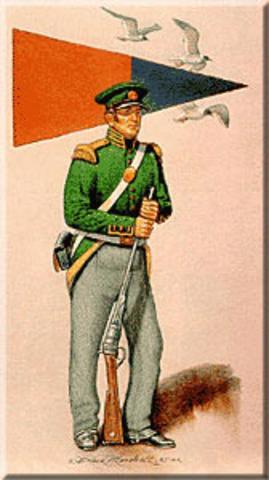 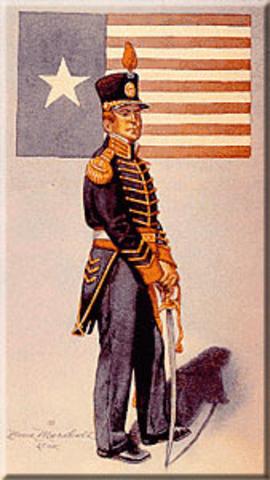