Rene Trouin was a well known French ''Corsair'' (Privateer) – who operated for The French in the mid 18th Century. Born in Brittany in 1673, he was Son to a mid-class Merchantmen. Living so close to a Sea Port (and his Family dealings with Privateers), no doubt sped up Rene's ''Calling to The Sea''. As a young man he shipped aboard a Privateer and learned his trade. The Seven Years War began to earn many Privateers a fortune. Capturing several British Ships, his Family invested in Rene's abilities and brought him his own Lugger, The ''Danycan'' in 1692. His ship was outfitted with 14-Guns. Within 2 years, Trouin had captured and taken ''a prize'' 16 English Ships. This earned him the attention of French King Luis XIV, who not only awarded him command of The French Warship ''Hercule'', but bestowed upon him a Noble Title. His Families investment payed off.

Trouin's luck would run out however in 1694. He battled a British Warship but being outgunned, was captured. Realizing their ''prize'' The British locked Trouin up. This condition did not last long, as Trouin had many friends. He coordinated a daring escape from Jail with the help of a Swedish Captain (and bribed Guards). Trouin escaped The British. After several more years of Privateering, The 1697 Treaty Ryswick (which ended The Seven Years War), stopped Rene from further ''fortunes''. The peace did not last long. The Spanish War of Succession (1702), once again brought French Privateering to the forefront – and Rene.

Commissioned to The Royal Marines, Trouin captured several British Ships of The Line (1705). He continued with a brilliant and daring plan to attack and capture Rio de Janeiro in 1711 with 12 Ships and 6,000 men. His plan worked – with Rene being awarded Governorship and a promotion to Lieutenant-General of Marines. Poor health and a ''Life of Excitement'' played it's toll on Trouin's health, In 1736, as Vice-Admiral of Naval Infantry in Brest – Rene Trouin died. His exploits would go on in French Naval History, with several Classes of Warships named for him in his honor. 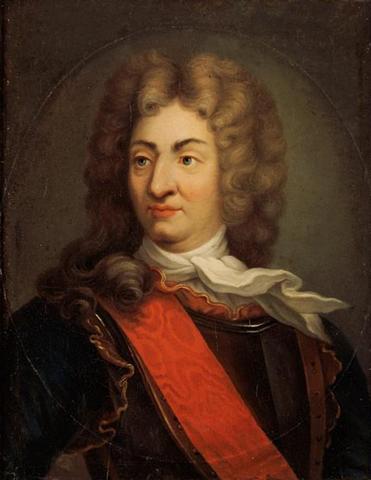