Going back in construction and theory for many centuries (with examples surviving from the 9th Century), Refuge Castles were not quite “Castles” in the classical sense. Designed along the lines of The Ringfort System, they were “mini Castles”, built to provide temporary protection against an attacking or besieging enemy. Used for local Government or population, they were built of regional stone and used regional building methods. They were often designed with quite high walls (featuring steps and crude walkway systems. Often rounded in appearance, some rectangular versions were built. Hill Forts and related early defensive structures all trace their linage to Refuge Castles. They featured no defensive tower systems and often only had one entrance (in or out of the structure). This design had obvious advantages (and disadvantages). Often, in times of peace, Refuge Castles could be used to store supplies (or serve as makeshift additional Armories). Wooden versions were known to have existed as well. The Refuge Castle theory carried well into The Middle Ages in many Countries. 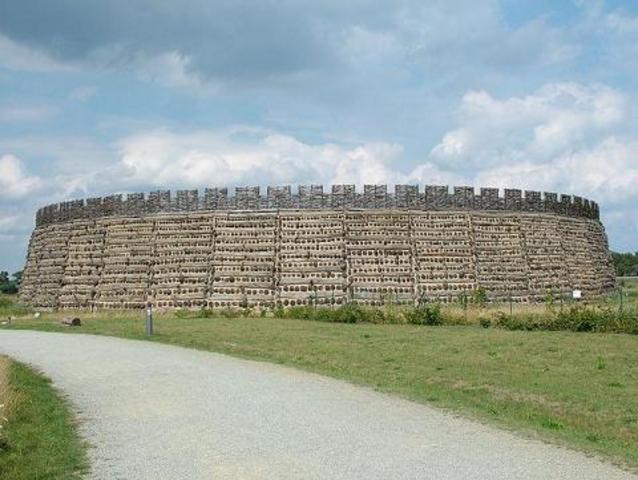