A ''Picket Ship'' was a Class of Military Vessel developed and deployed as early as 1943 by Germany and Imperial Japan, and in 1944 by US and British Naval Forces. The Primary goal of these Ships was to serve as Radio and Electronic Monitoring Platforms by which to monitor Enemy transmissions. Such signals could be translated or triangulated for use in developing strategies for attack and defense. While most were equipped with light Anti-Aircraft Guns and none supported Torpedo deployment (sacrificing needed space for Electronic equipment). In truth, support Ships such as Light Cruisers and Destroyers were used as protection for The Picket Ship.

Most early versions were converted Merchant Ships, whereas these Ships where also quite large to accommodate large amounts of Cargo. They displaced around 9,000 to 12,000-tons and were Crewed by between 65 to 80 Officers and Men. Most Radar Picket Ships were equipped with (then) State of The Art Radar, Navigation and Electronics Detection equipment (much of which was Classified).

After World War II, and with the development of The ''Cold War'', The US Navy maintained Radar Picket Ships, building several dedicated Classes of such. Some were still converted smaller Vessels, used for monitoring Radio Transmissions in International Waters. Some were given added duties as ''Sonar Pickets'' – in the detection of Hostile Submarines. Much of these Vessels worked in tandem with the previously discussed ''Texas Tower'' Radio Towers of the late 1950s and early 1960s. In addition to Radar Picket Ships, specially converted and modified Submarines were also deemed ''Radar Picket Ships''. These were useful for extreme clandestine Missions. Most Countries abandoned The Radar Picket Ship Classifications in lieu of specialized Aircraft (which can perform the same Missions more effectively). 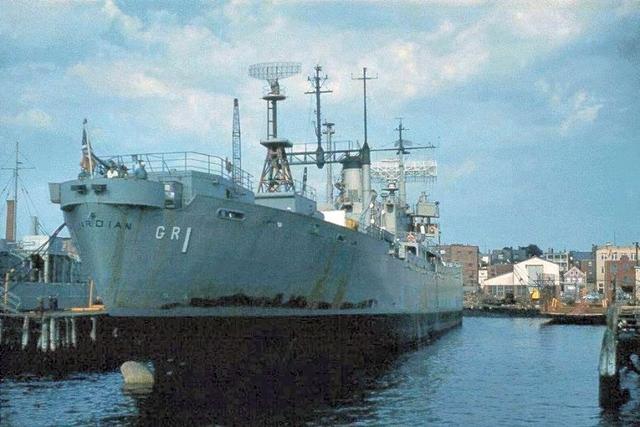