Named for England's Queen, The ''Queen Anne'' classification of handgun was a flintlock, black powder weapon popular between 1660 and 1780. Although various calibers were made, the most standard manufactured round was in the .41 Caliber range. The ''Queen Anne'' was characterized by both it's length and distinctive ''cannon'' barrel design. This barrel mimicked a traditional land artillery piece. A ''Ladies Version'' developed around the early 18th Century called The ''Muff Gun''. This smaller version of The ''Queen Anne'' was made to fit (concealed) inside a ladies hand muff or warmer.

The traditional ''Queen Anne'' was also a popular weapon used by many Navies and Seamen. Not as bulky as the conventional Flintlock Pistol, they would also become popular ''Brace Guns'' for Privateers and Pirates.The ''Queen Anne'' was seen as a ''wealthy'' person's type firearm, with some versions being wrought from fine fine silver with much embellishments.

Having an effective range of 50 to 100-feet, the initial design made The ''Queen Anne'' featured a barrel which could be replaced. This was innovative in firearms technology for The Era. Eventual wearing of the barrel would mean that the entirety of the weapon would need to be replaced. This design innovation would remove this need. However, problems with proper matching and sealing made this somewhat difficult. The style of gun would cease to be popular after the late 18th Century. 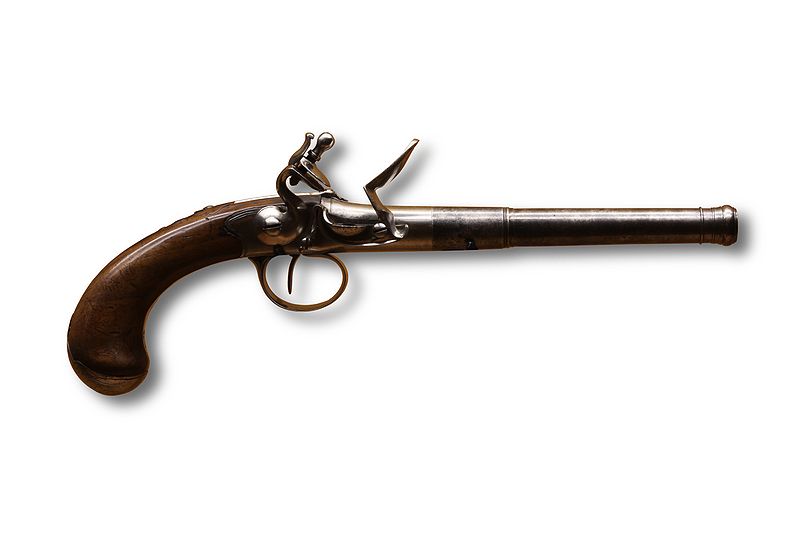