While not specifically a battlefield weapon, the Quarterstaff did have military applications with regards to close quarters fighting. Normally a hardwood shaft around 6 to 10 feet long (depending on the user's taste), the Quarterstaff would often have blunted metal tips (or even a small spike at one end). Stick fighting (as this weapon's fighting technique would fall under), was popular in England during The Middle Ages.

The term "Quarter" probably comes from the way the weapon was constructed. Being made from hardwood or other prized wood (taken from split trees), they were milled into quarters for fashioning. Lower or poorer quality Quarterstaffs were made from tree branches or other non-prized woods.  Training and tactics evolved from the fencing Masters of the day. Utilizing basic techniques as the "High or Low" guard - these were training tactics that ones would have no doubt learned first. The next level (military), would have been the starting ground for training with the different varieties of Pole Arms seen during he Era. 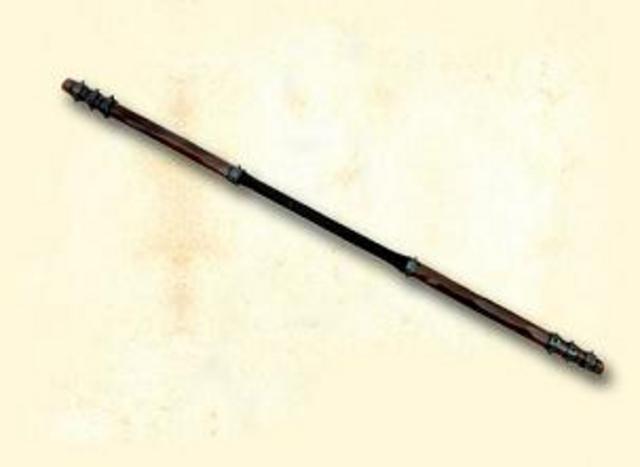