A Ship Building design traced to the 16th Century, A Quarter Gallery was an extension of The Stern. Located on both sides of The Stern Castle (Upper Structure), these areas came out from the sides by 5 to 8-feet. They were interior facilities with were used as Officer’s Latrines and as Observation Rooms which allowed for one to view The Forward Sails during inclement weather. Later, Quarter Galleries were used as Firing Positions from which a Warship with a detachment of Marine Infantry, could safety engage an Enemy (Ship to Ship). They were also known as “Sharpshooter Perches”. Given the often bulbous nature of the Quarter Galleries, this quickly identified a Ship as a ''War Vessel'' at Sea. The design was never adapted to Civilian Merchant Ships. They were mostly abandoned in Ship Design by the 19th Century. 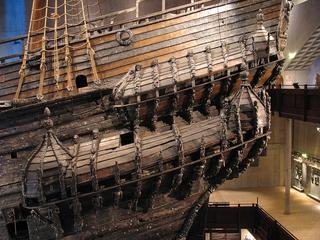