One of the better known ''foreign'' Legions that served with The American Continental Army during The Revolutionary War, ''Pulaski's Legion'' was formed by Polish Nobleman Casmir Pulaski, in 1778. His Legion was roughly 400 strong and consisted of 200 Light Infantry and a Troops of Lancers and Dragoons. Pulaski brought with him great knowledge in Cavalry Tactics as as such is often credited with being one of The ''Fathers of American Cavalry''.

The Legion was most active in The southern Regions of The Colonies from 1778 until 1780. They participated in numerous raid and engagements – to include The Siege of Charleston, South Carolina. The Legion, as did many American Units at that Battle, suffered a high casualty rate. So much so, that Pulaski's Legion would be merged with other smaller and likewise decimated Legions. It would lose it's identifier as well. 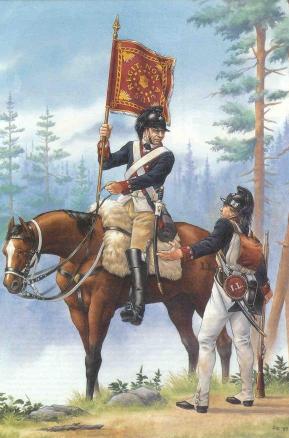