The US Cold War Program known as ''Project: SHAD'' (''Shipboard Hazard and Defense''), was a controversial Testing which was designed to establish response and survival by US Navy Warships in a possible Biological and Chemical environment. It had long been established that Nuclear Weaponry would not be the only form of attack measures during The Cold War Era. Project: SHAD was created to test such combat measures. Part of the lager US Defense Department ''Project: 112'' Program, the principle ''backer'' of SHAD was The Central Intelligence Agency (CIA), with approval by US President John Kennedy. 134 Tests were planned (although only 46 were actually conducted). The testing lasted from 1960 until 1963.

Over 5,000 US Naval Personnel of all Ranks and a total of (26) Ships of all Classes were involved. Both US Air Force and US Naval Aviation Units also participated as ''OPFOR'' (Opposing Forces) Aircraft. Many of the US Navy Ships were ''sprayed'' with combinations of known and suspected Chemical Agents, all in the measure of simulating an actual Soviet dispersal ''attack''. Likewise, some Ships were ''pre-treated'' with Chemical Agents. Crews were trained in Decontamination measures, which were preformed supposedly without the knowledge of Crewmen.

Similarly – and in a darker vein, Ships were subjected to Biological contaminates as well. The full scope of just ''what'' Viral and Bacterial forms were used, is still listed as ''Classified''. Although the majority of the tests were conducted at Sea (and in various weather conditions), some Land Tests were performed on Naval Air Stations and ''small'' Bases in both The Pacific, Atlantic and several Hawaiian Island chains.

The proof of SHAD came to light in 2007 by The National Freedom of Information Act. It has been learned that 94% of all Naval Personnel medical claims of Crewmen on board these Ships – showed Cancer related illness. The Government denies that Project: SHAD was responsible. Many of future Biological and Chemical counter-measures in the 1970s thru 1990s (the end of The Cold War Era), are linked directly to both Project: SHAD and it's parent ''Project: 112''. 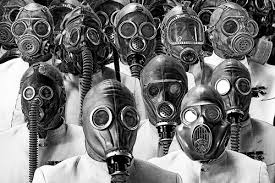