''Project 596'' was the code name given by The Chinese – to identify their first successful atomic Bomb Test. The detonation occurred on October 16, 1964 in the South eastern portion of that Country (Lop Nur). Roughly a 22-KT yield, ''596'' was a Fission produced Device which was Tower/Ground detonated (as opposed to an ''Air Burst''). It is well known that the then Soviet Union greatly assisted The Chinese with their Project development.

Now a World ''Nuclear Power'' as a result, Project 596 would be the start of 45 related tests (until 1996), which served to refine The Chinese Military's ability to built tactical Nuclear weapons. At the time, The US was well aware of the ''union'' of the two Communist Nations with regards to Nuclear devices. China was officially seen from 1964 forward as a potential ''Cold War'' Threat. As such, much of The Western United States (Coastal) began to see an increased presence of the previously discussed ''Nike Missile System'' installed. 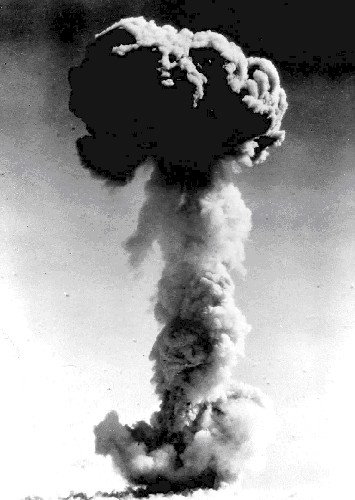