Originating in the 3rd Century BC, The Prodromoi were a form of Light Cavalry used by various Greek City States Armies. Their name means ''Runner's Before'' – linking them to an advance Force which traveled ''before an Army''.

The most well known of The Prodromoi were The Athenian Light Cavalry. These Soldiers used leather or ''linen'' Armor. They did use a heavier Bronze Helmet, and were trained in the use as The Javelin. They came from the ''poorer Class'' of Athenian Citizenry – with several more ''wealthier'' Ranks of Prodromoi added. This Class could afford much better Armor (Linothorax) and weapons (such as The Sword).

The number of The Prodromoi (in Athens) never exceeded 200-Officers and Men. By the 3rd Century AD, the term was applied to Aides of Cavalry Officers, and not a fighting Class. 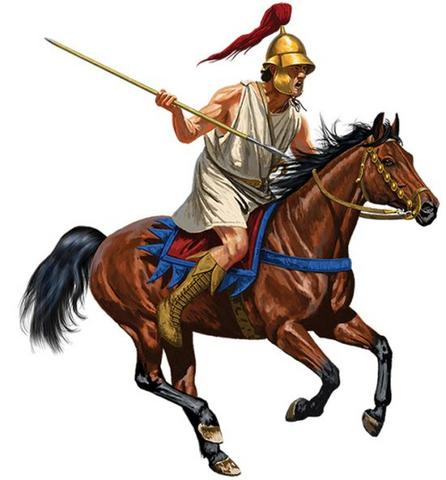