Tracing it’s origins to the Reign of English King Henry VII, The Privy Chamber was a private room or set of rooms, set off from a King or Queen’s Private Apartment (or Living Quarters). In addition to faci8lities used for “self relief”, often a small but well stocked Library was attached, as was several smaller “Meeting Rooms”. A Staff of only the most trusted of a King or Queen’s Advisors had access to The Chamber. As such, and given to the nature of most information passed and maintained – these Men would become some of the most powerful (and dangerous) in England.

Due to their Position, they often had the authority to act in a King or Queen’s name – often having access to the previously discussed “Privy” or Royal Seal. Although the style and authority changed according to who was King or Queen at the time, The Privy Chamber was seen as a paying employment venture for those selected. Often, Royalty chose their highest Administrative Positions within a Kingdom from his or her Chamber (Chancellor, High Steward etc). In  most cases, those selected were much older in years and thus perceived to have experience and wisdom. Although the general use of Private Chambers for Administrative duties would well continued past the 16th Century, the overall “power” of The “Privy Chamber” would greatly wane (as would it’s maintained Staff) – by the 18th Century. 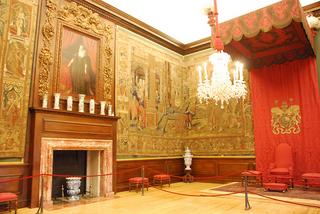