Privateers were a "legal" form of Piracy, commissioned by a Monarch or Nation, to attack a declared Enemy. The ultimate goal of Privateering was to harass Enemy shipping and commerce, through capture of goods or the ship itself. Privateer were "paid" by a percentage of funds calculated on the treasure or ship taken. The practice of Privateering goes back to the 13th Century, but it was not until the 17th Century, that the term "Privateer" was coined. Privateers were in fact "Private Persons" not associated with any Navy. Privateers were often made up from the Merchant Class of Seaman. Later, Convicts and of course - Pirates joined their ranks.

In many cases, Merchants would band together and purchase fast ships or those well armed and crewed. The "take" of an Enemy ship's goods was a lucrative business (even after Royal or Government percentages were paid). A Privateer operated under a document called a Letter of Marque. These documents, issued by a Monarchy or Government, gave The Privateer "license" to attack a declared Enemy in time of War. Normally, Privateers would concentrate on treasure ships (due to the higher "payoff"). Cargo ships were second in capture.

Privateers were not allowed to identify themselves with the official Flag of their Sponsor Nation. This would lead to Privateering Captains devising their own "Flag system" of identification. This practice became the iconic "Jolly Roger" (or Skull and Crossbones Flag). After a War, it was often difficult for a Privateering crew to stop their plunderng. The "trade" was a high paying job. Most such continued onward as criminals - best known as "Pirates". Privateering would continue until the 19th Century (with some examples that were known in the 20th Century). 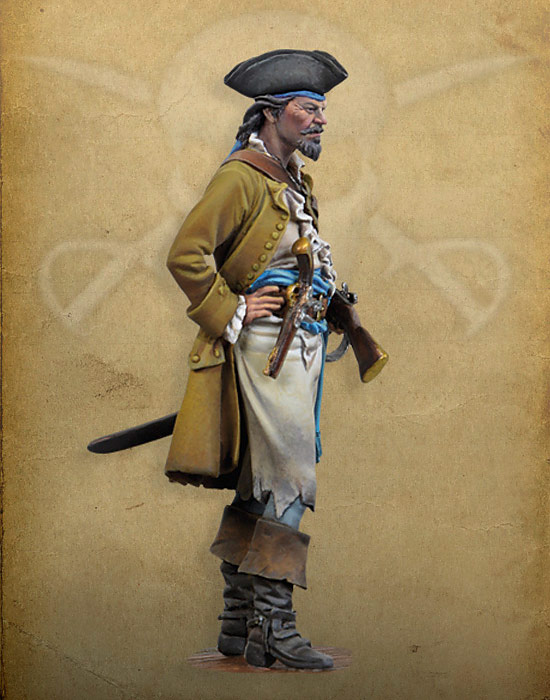