The Roman Title of "Princep" would eventually evolve into "Prince". Prince is as close to identification as the Ancient Roman Title was. Although later added to the "names" of The Emperor  (starting first with Julius Augustus), the exact meaning of "Princeps" was "First Citizen" or "First Among All Others". Originally given to only the most honored of Senators, The Princeps was seen as the Senior in The Roman Senate. It was "his" learned knowledge, all other Senators deferred to.

Normally having served "Rome" for most of his adult life, The Princeps also may have served with honor, and retired from Military Life (as a High Ranking Centurion). They, like other Senators, wore the Crimson sash of The Senate. Later, when the term was reserved for just The Emperor , the "lesser" meaning was meant to imply a moderately placed Administrative Office "Manager" (still controlling sizable properties and Administrative "powers"). In the Roman Military, "Princeps" could also be a given Title to those who bore the various Standards, Images and such of Rome (eg. Princeps Imaginer, Signifier or Draconarius). 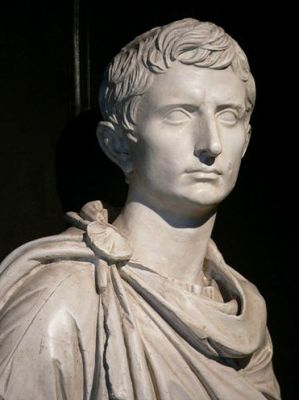