The Title of Praetor was related to Republican Rome and carried on into it’s Imperial Era as well. The term “Praetor” was linked to two separate, but sometime connected Positions. In it’s Military application, a Praetor was seen as an Army Commander (similar to a General). They had duties regarding enforcing and keeping Roman Military Law. In the Civilian usage, The Praetor was seen as a form of Judge, who ruled on Roman Law with regards to Rome’s populace.

Similar to The Magistrate, The Praetor could be elected by The Senate. Often retried Generals were chosen for the position. In The Roman Imperial Period, an Emperor could install his choice as Praetor (often without Senate approval). This caused much controversy, whereas The Emperor chose like minded Men to enforce (or repeal) Laws that The Emperor wished removed. As such, many Imperial Era Praetors were seen as corrupt.

Praetors were assigned their own Staff of Lictors and Consuls. It was The Praetor’s responsibility to choose and often pay for these services. Hence, a Praetor was often a very wealthy person. It was from bribes that his real income was often derived.

In Wartime, The Regional Praetor often had far reaching authority and power. This was due to the fact that most Magistrates and Proconsuls held Reserve General Rank and went off to War. Praetors had the authority to overrule and cause Litigators to retrial, if need be. They could levy fines and order for property to be confiscated to pay such if warranted.

By The 3rd Century AD, most Praetors had been redesignated as Magistrates. In this role they were more similar to a modern Judge or Commissioner of a Court. They also began to institute a regular Police Force in The Eastern (Byzantine) Empire. The full use of the term Praetor however, became defunct in The 5th Century AD. 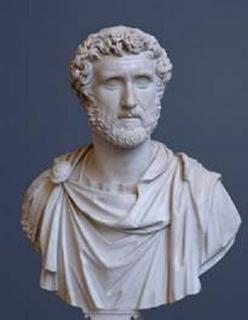