As “coinage” from The Middle Ages, The Pound was first minted in 1252. Comparable to the Gold Florin, it was “worth” 20 Shillings. It weighed roughly 3.5 grams and was made from base metals (originally). Engraving was not all that good originally. Used in mass qualities in England, it was at first restricted from “international use” due to the lack of “quality backing” (similar amounts of Gold and Silver Reserves). A Silver Minted coin was also seen in the 13th Century. 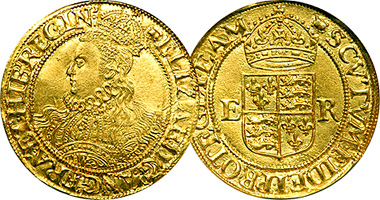