The Blyskawica was a Polish produced, Machine Gun – manufactured for use by Polish Home Guard Units, during World War II. At least (700) were built – with all being built in complete secrecy in Poland while it was occupied by German Forces. The first Models weer deployed in 1943 for The ''Home Guard'' (which was a segment of The Polish Freedom Fighters or Resistance). Much of the design came from Germany's popular MP-40 Machine Gun. Unlike components being welded, all components featured screw-in parts. Despite loss of some gas pressure, The Blyskawica proved to be a rugged and reliable firearm.

Weighing 1.5-lbs – The Blyskawica was 28-inches long and used a 19mm Cartridge (9mm). The blowback operated Machine Gun used a (32) Round Ammunition Clip. The Blyskawica had a maximum effective range of 200-yards. The weapon was a primary component of The Warsaw Uprising of 1944. 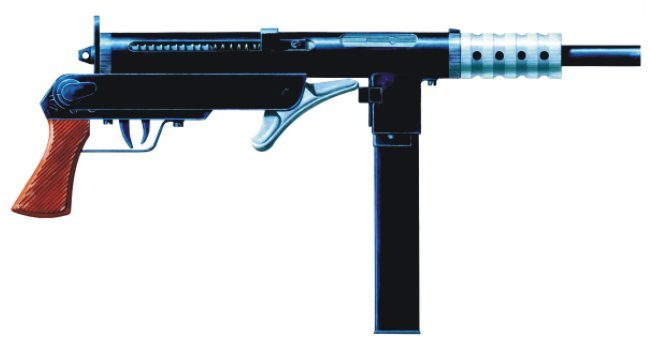