A Mediterranean Xebec-type vessel, the name is a somewhat bastardized phrasing of the word "Polish". The Polacca were slender, fast moving ships, which incorporated a middle slanting Main Mast (in the 3 Masted versions only). Typically a 115 foot, 180 displaced tonned ship, The Polacca used the standard European Square Rigging sail pattern. They were popular in The Mediterranean Sea as a Cargo Cutter and for close Coastal Defense. In this role, The Polacca could be outfitted with up to 10 cannon. Popular with Coastal Pirates and Privateers, some class were sold to The Kingdom of Tripoli  (Barbary Coast, Africa). They served as Privateers and Sea Raiders against American Shipping ( The Polacca became the principle warship used against American Forces during The Barbary Wars). 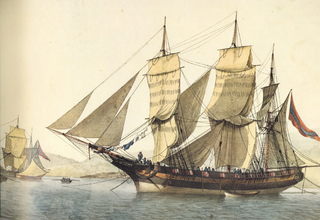