Attributed to Irish Solider and Member of The British 95th Rifle Regiment – Thomas Plunkett, The ''Plunkett Position'' was a Musket firing position, developed by Plunkett. A ''crack shot'' nonetheless, His self-styled firing position is credited with a French General and His Aide during The Peninsular Campaign (1804-1814).

The shot, taken at 200-yards with a British Baker Rifled Musket, was accomplished with Plunkett sitting flat on the ground, legs forward (as in sitting up). Plunkett raised His Right Leg and Foot so that the heel of His foot ''rested'' on the tip of His left. Finally, Plunkett rested the Rifle on the now ''higher'' Right Foot. Steadied by a ''Spotter'', Plunkett was able to produce a ''low profile'' and take his legendary ''kill shot''.

Nearly killed as The Battle of Waterloo, Plunkett would survive a head wound. Promoted to The Rank of Corporal, He and His Wife would emigrate to Canada. However, not being able to ''make a go at it'', they returned in a ''destitute state'' to England. Thomas suddenly died in 1839. When local retired Officers of The 95th were informed of this, they all contributed funds for His Widow to properly bury Him and have a Tombstone. 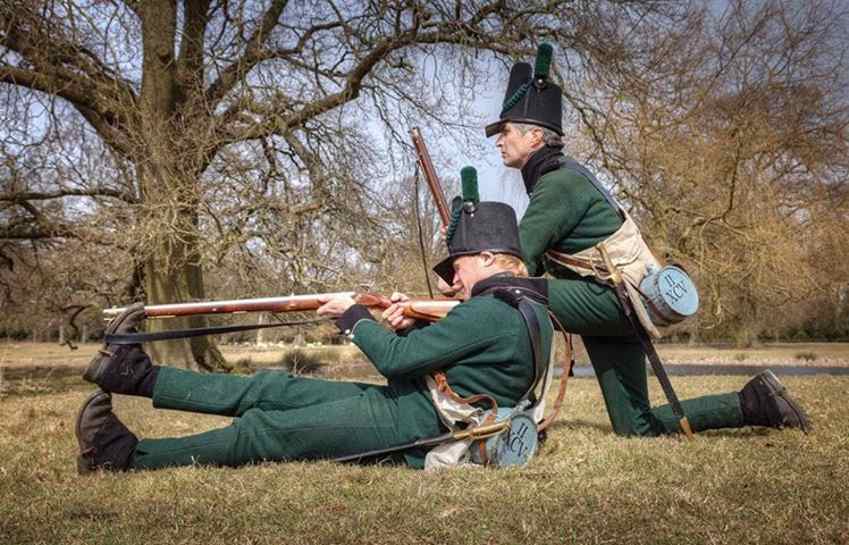