With the refinement of gunpowder and related hand-held firearms (17th Century AD), a specialized Solider was created, called a ''Pistoleer''. These were an early form of traditional Cavalry, who relied on Saber and Sword and were adapted to use early forms of Wheel-lock and Snapchance Pistols. The use of such gave early Cavalry a distinct advantage over opposing Horsemen and Infantry.

After The Thirty Years War (1618-1648), The use of Pistoleers would diminish (reverting back to Sword and Lance), although Cavalry would still use Pistol and their evolved Revolver as a secondary weapon in their tactics. The English were the most successful at adapting The Pistoleer Trooper – during The English Civil Wars (1642 thru 1649). Loyalist Cavalry (The ''Ironsides'') carried several Pistols (whereas only one shot could be fire at any given time before reloading – a time consuming venture at best). 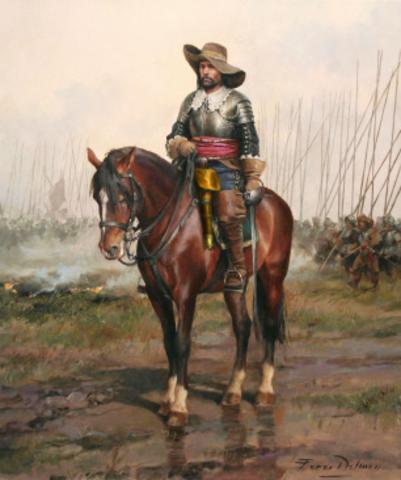