The legendary Spear of The Roman Legions. Next to The Galdius, the Pilum is possibly one of the most recognized weapon of Rome. Normally around 6 (almost 7 feet in length), it was made of wood and iron (shank - 2 inches in width). It had a long pyramidal head. The shank was joined to the wooden shaft end by a socket or related tang. They could weight 4 to 11 pounds. A lighter version was seen during The Roman Republic Period (with a heavier one seen in The Imperial Period). The iron component to the Pilum was the key to it's design innovation. The iron shank was made of a softer iron composition. Designed to be thrown - upon impact, the shaft would bent. This made it difficult for an enemy to remove from a shield (or fortification), and thrown back (or use). Therefore, the Pilum was considered a single use weapon. In the earlier Republic Period, a Legion soldier could normally carry two such spears. They were used to primarily disrupt and enemies approaching battle formations. Upon achieving this end, the soldier would rely on his sidearm (Gladius or Spatha). There were some documented examples of Pilum's being used as a hand to hand weapon (thrusting or stabbing) at The Siege of Alesia in 52 B.C. (but this was still considered uncommon). The Medieval Angon Spear is a direct ancestor to the Pilum. 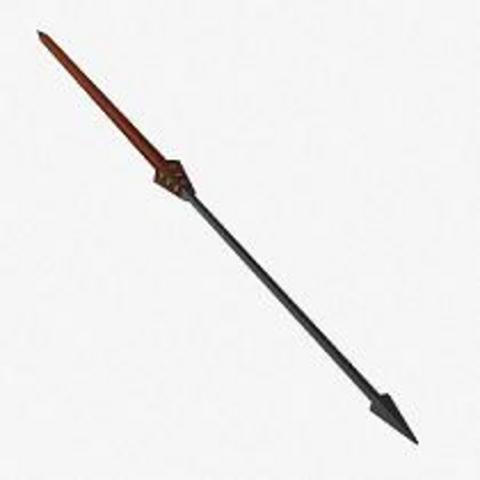