The ''Pilgrim's Staff'' was a popular piece of ''travel gear'', used by those who were making traditional Christian Pilgrimages from Europe to Spain in the 16th Century. Although a simple wooden ''walking stick'' – roughly 5 to 6-feet in length, The Staff took on a more deeper meaning to those who carried it. Made of Oak (although any strong regional wood was fashioned as such) – The Staff was often embellished with carving of images one may ''see'' on their of 1,500 mile trek (in some cases). The most telling piece of The Pilgrim's Staff, was a carved hook into it's top. From this was placed a Cross or often some form of religious relic. This was seen as protection against Outlaws and of course – ''Enemies of Christ''. The Staff was seen as an important piece of equipment used by the original Church Founders (John, Peter, Paul etc) – during their evangelical missions thru The World. As such, such was adopted by those on the often very dangerous pilgrimage. 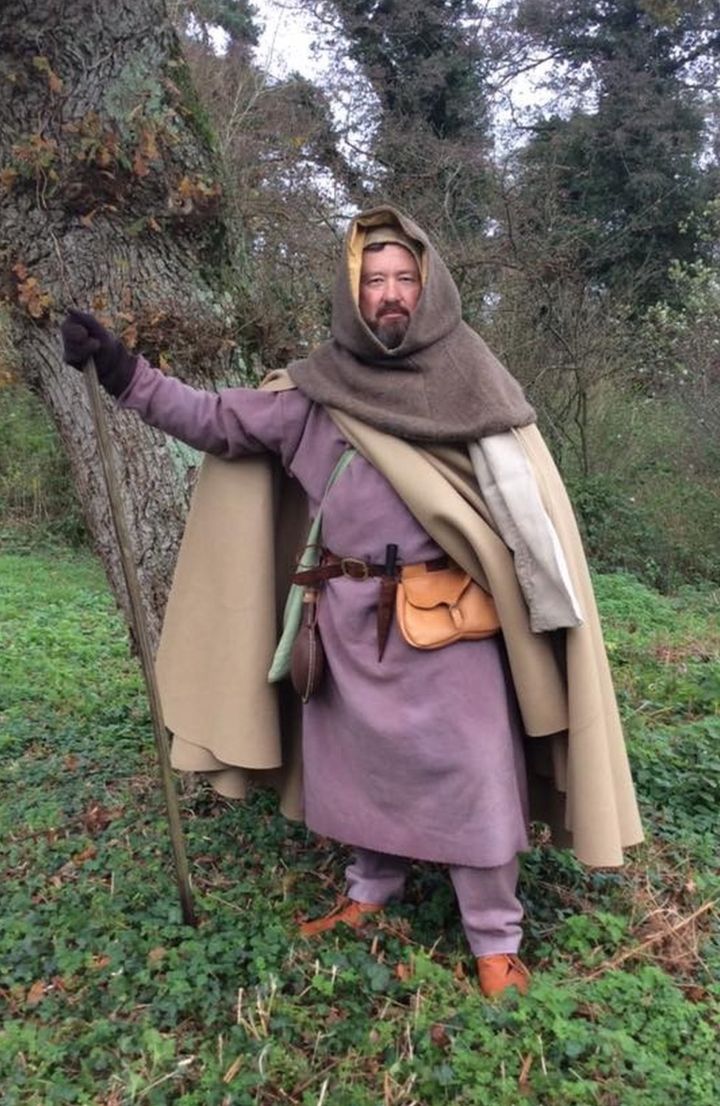