Many Historians argue the existence of Pierre La Grand. He is said to have been born in Dieppe, France in the early 17th Century. He is thought to have raided The Tortugas and Hispaniola (The Caribbean). Originally using a small shop with 28-crewmen and Receiving a Letter of Marque against Spain, his first attempts at Piracy were not successful. His luck came when he and his crew trapped a straggler of a Spanish Treasure Fleet. Legend states that La Grand purposely cut a hoke in the hull of his ship, to induce his crew to fight and successfully take the Spanish vessel. It was a productive raid that also gave him a better ship. Taking larger prizes now, his fame grew so that he earned the nickname "Peter The Great". For so easily unknown reason, La Grand suddenly stopped his ventures. Perhaps after his Letter of Marque ended, his ventures marked him. His name appeared on an emigration list to Canada in 1690. From there, Pierre La Grand disappeared into "Pirate History". 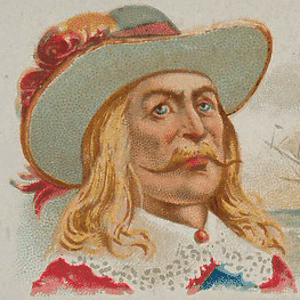