This early Medieval siege engine, whose name evolved from the Greek  word "rock". Seen briefly around the 9th/10th Centuries, the Petrary was used to hurl rocks at enemy fortifications or troops. The could be quite effective smaller perimeter walls. Made of wood, these devices used gravity, tension or counterweight to operate. Several men were needed. The Petrary had no wheels and was a fixed weapon. Somewhat more bulkier than the Trebuchets, they would quickly fall out of favor for more sophisticated siege engines (although some were still deployed). 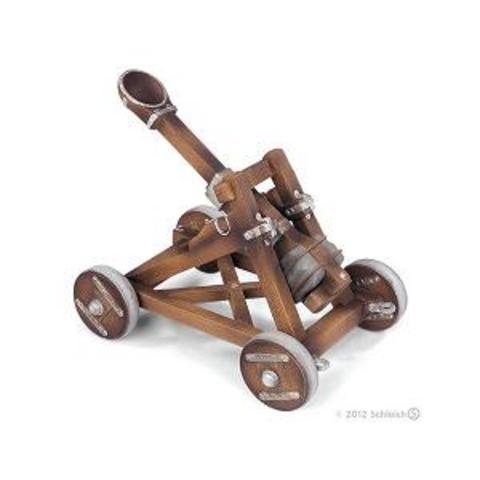