This practice seen in use during The Middle Ages, was the imposition of a tax paid to The Papacy (or The Seat of St. Peter). Originating in England around the reign of King Alfred The Great, it was carried down for many centuries. In theory, each “Christian Household” had to pay 1 Pence in tax to The Church – which in turn was sent to The Pope in Rome (for “his” maintenance”). It was argued by Reformers that this was the same as Ancient Roman “Tribute” to a seated “Emperor”. Maintained by William The Conqueror, he suppressed “Peter's Pence” in 1080. After his reign, “The Pence” was still paid to Rome (up to The Reformation). The practice actually still exists today. 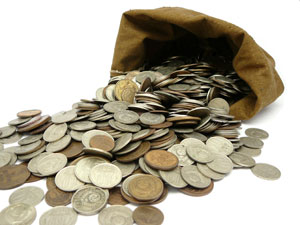