Napoleon Bonaparte was declared "Emperor" of The French Empire, by The French Senate, in 1804. He designed his own personal Standard, based in part on The Ancient Roman Standards used by The Emperors. Mounted on a Vexillus, his Standard was "hung" and not flown. Described as a White Field, roughly 4x4 feet, it was bordered in Blue. A secondary interior Red border was placed underneath. Finally, a large Golden Eagle was placed in the center, wearing the "Imperial Crown". Napoleon used his Standard until 1814. 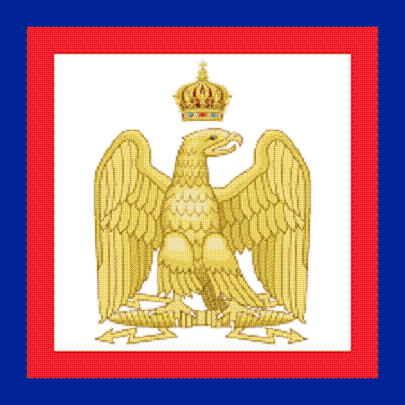