Saladin (whose given name was Al-Nasir Salah al-Din Yusuf ibn Ayyub), renowned Warchief and Sultan of Egypt, Ruled from 1174 AD to 1193 AD. His Military abilities against The Crusader Invasions of The Middle East in the 12th Century AD greatly thwarted any possible Colonization of The Middle East into Christianity, as well as helping to firmly entrench Islam as the primary Religion in The Region still. Technically Warchief to The Ayyubid Dynasty, Saladin adopted His own personal War Flag (He led His Troops into Battle personally most of the time). His Flag took The Ayyubid Dynastic Color of Yellow (plain in accordance with Islamic Law), and broke from tradition by applying the Red Double-Headed Eagle, which became known as ''The Eagle of Saladin''. And although after His death (many Centuries later), Saladin's Eagle would be adopted into many Arabian National Arms and Flags, to include that of The Nation of Egypt (current). 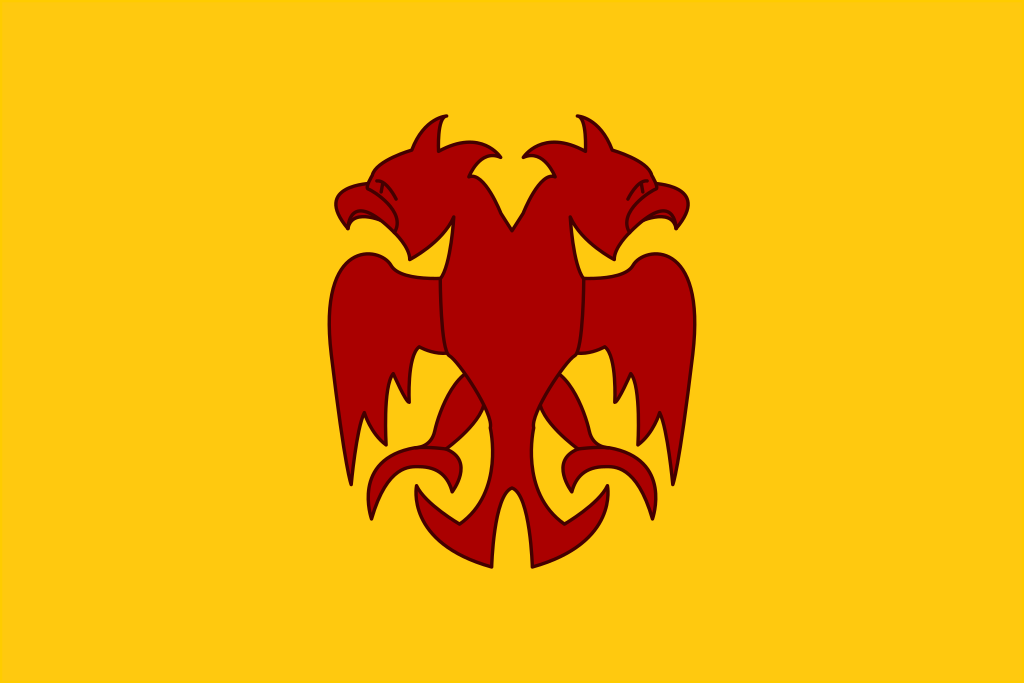