Pennant of The League of German Girls

Known by it's Germanic Title of ''Bund Deutscher Madel'', Tghe League was the feminine form of the infamous ''Hiutlerjugend'' or ''Hitler Youth''. Formed in Germany under Adolf Hitler's orders in 1930, it – like it's Male counterpart, indoctrinated young German Girls into National Socialist ideology. This was a simple taught mantra. Purity, Fitness and above all – producing ''heirs'' (through marriage') to The German State. Girls between the ages of 14 to 18 were expected to be enrolled into The League. ''Examinations'' by Nazi Party Medical Authority ''verified'' a Candidates purity and fitness. All Girls had to be free from heredity disease and could trace their bloodlines to the theory of ''Aryan Purity''.

Assigned to classes which instructed each on ''how'' be a ''good German Girl, Woman and future Mother'', League Girls wore a uniform of White Shirts with Black Ties and Skirts. Trousers were usually forbidden. The organization was outlawed by Allied Occupation Forces in 1945. Like The Hitler Youth, The League had it's own Standard (Flag). All forms of which were a Field of Black in their entirety. An off-set Canton which occupied The Hoist – featured a Diamond pattern colored in Red and White. Centered into this, was the traditional Black National Socialist insignia – The Swastika. 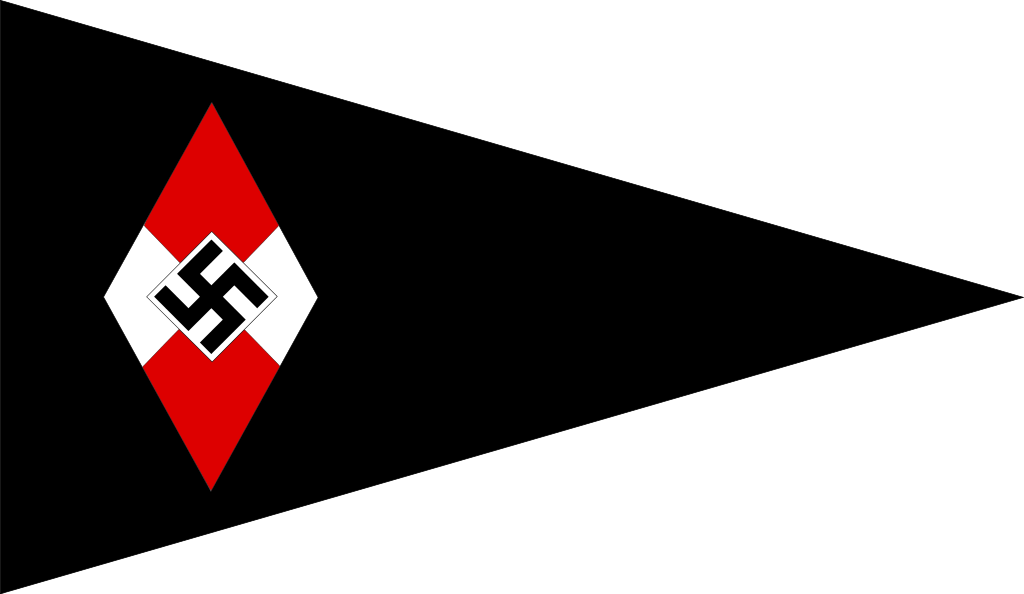