A female clothing style from the 14th Century AD – The Pelicon was originally designed in France, but it's popularity would, by virtue of Commerce – spread as far as the Byzantine Empire. The Pelicon was used by Noble women (mostly older ones), and was basically a combination of a Chemise and Cotte. The primary difference was that, unlike those garments, The Pelicon was fur lined (using a variety of treated animal skins). Used during Winter, The Pelicon extended to the ground and covered all limbs. By by the mid-16th Century AD, The Pelicon had fallen into disuse. 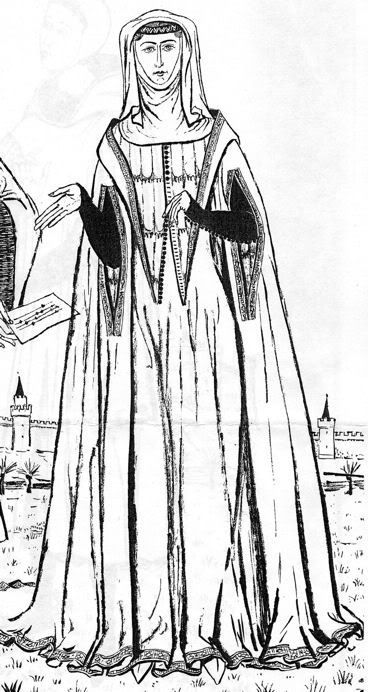