Seen in the early Middle Ages, Patents of Nobility were “traveling documents”, carried by Noblemen, to identify their “Peerage” to either another Lord, Civil Authority or Royalty. Similar with regards to a “Roll of Honor” - one's “Patents” were a “mini Listing” of at least 5 Generations of Nobility. Names and dates of Birth and Death were required. Further, a visual representation of one's Coat of Arms was usually painted on the Patent. These documents were often embossed with an official Seal. Should a Nobleman move from one Kingdom to another, he was expected to present his “Patents” to the local Manor Lord or Royalty. This not only introduced his intentions to live in the Region, but also gave the Ruler of the new Land an opportunity to see what this “new” Lord could do for him! Patents of Nobility were the first step in a Lord initiating his “loyalty” to his new Lord.

The Nobleman may have to renounce all “previous loyalty” to any past Lord or Master. Patents of Nobility were also used in the sporting events of the Tournament. ONLY Royalty or Noblemen could properly “engage” in the “Art of Combat” (as an integral part of their Code of Chivalry/Honor). Patents were presented to Officials of a City or Town “hosting” a Tournament (a “Calling Card” of sorts). It also established “what Nobility was present at the Event. Gradually, the need to “carry” one's “Patents” ceased (15th Century). 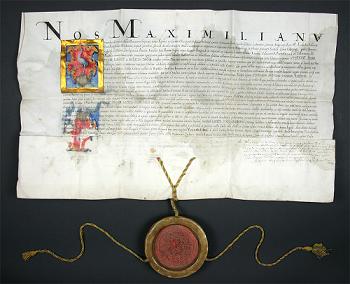