Dating to the 10th Century AD, The ''Paris Psalter'' is a finely illuminated Prayer Book of The Biblical Psalms. It was possibly commissioned by Emperor Constantine VII of The Byzantine Empire. One of the only complete 150 Psalms Prayer Books to have survived to this Era. The Paris Psalter is written in Greek (taken directly from Hebrew Texts). It is unique in that along with the standard Psalms entries, specific intention prayers were also attached. The Psalter has (14) pages of illuminated images illustrating specific Psalmic events.

The Prayer Book got it's name and later identifier ''Paris Psalter'', due to The Ambassador of France to The Ottoman Empire. After The Fall of Constantinople, many Christian works of religious art were destroyed by Muslim Conquerors. Many were saved by various Sultans who saw them for their rich art. Sultan Suleiman I gave The Psalter to The French Ambassador in 1558 AD. He in turn brought it back to France. It has been part of that Nation's National Treasure ever since. 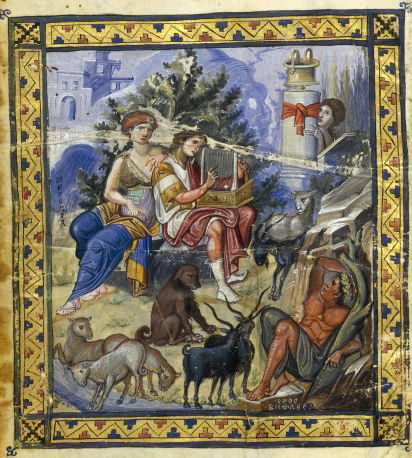