Created in 1861 and based on The French Military System, The Papal Zouaves were a Military Arm of The Vatican, and established to form a defensive “Army” for The Papal States. An Infantry Unit, The Papal Zouaves (although Commanded by a French Officer), were composed of Recruits from all over The World. The main requirement was that Papal Zouaves be Catholic and unmarried. They were “patterned” after The French Foreign Legion to a great degree. They were uniformed in the popular “Zouave” Infantry Uniform, which consisted of “baggy” trousers and short “Shako” Coats. They wore the distinctive “Kepi” Cap.

1,500 Papal Zouaves fought under Italian Revolutionary Hero (and founder of his own Zouave Force) Guiseppe Garibaldi – at The Battle of Mentana (1867), which was part of The Unification Wars of Italy. The Papal Zouaves distinguished themselves at the Battle with a Bayonet Charge. They suffered only 30 killed and 50 wounded. The Papal Zouaves fought in several other engagements, with The Fall of Rome in 1870 and the disbanding of The Papal States, most Military Units of The Vatican were disbanded or reformed as Honor Guards. However, a detachment of them were sent to assist in The Franco-Prussian War. They fought with distinction until disbanded with France's loss of The War. 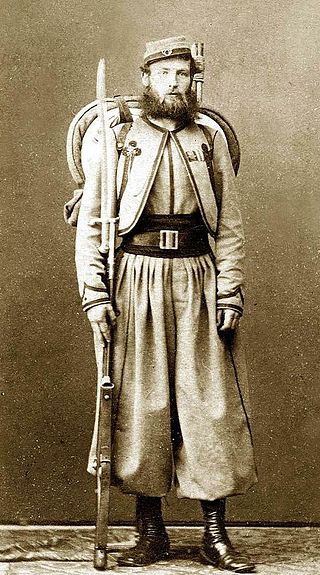