While the historical accuracy of Paladin's ever existed as a viable Elite Military Force is debated, their often legendary status best serves The Mater of France (folklore). The term ''Paladin'' would become a more plot point in English Romantic literature in the 19th Century, during much of The Middle Ages ''revival'' period. The term is also considered much older, linking ''Paladin'' with The Ancient Roman seat of Authority on Palatine Hill (Rome) – and the early Imperial Guards there. Appearing around the 8th Century AD as part of Emperor Charlemagne's ''Twelve Peers'' (or Advisors), The Paladins were described as the ''finest in Knightly virtue''. They were best seen as the personification of The Code of Chivalry (as it applied then).

The Paladin as an Elite Fighting Force arising in The ''Song of Roland'' which chronicles The Battle of Roncevaux Pass in 778AD. Part of Charlemagne's Iberian Conquests, The Paladin fought with Roland (with most dying with him). While their exploits and ideal of virtue survived for a time in France, it was The Arthurian Legend of England which garnered more attention in the 19th Century with the revival of Medieval Courtly and Knightly concepts. 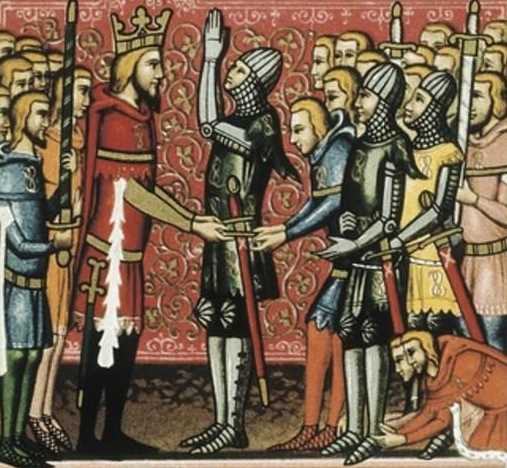