Located in Oxfordshire, England – Oxford Castle was constructed in 1071. Originally of the Motte and Bailey design, it was wooden. Build next to The Thames River, the initial Keep was 60 feet high. Surrounded by a Wet Moat (some 30 feet deep), The Upper Motte was where the majority of the castle structures were located. 6 Defensive Towers (2 Rounded and 4 Squared), were installed by 1073. A Church was also constructed (to feature crypts as well). Feature attack during The Baron's War of The Anarchy Period – defensive breastworks were erected around Oxford's perimeter walls (to help resist attack). The Empress Matilda stayed at Oxford Castle for a period. She was smuggled out to prevent capture in the advent of a prolonged siege.

Attacked in 1217 (but not falling), Oxford had Barbicans constructed as a renovation. Stri9nger Gatehouses were also constructed at this time. By the 16th Century, Oxford was in a seriously ruined and neglected state. This was changes slightly by The English Civil War, The Royalist's made Oxford their “Capitol”. The castle was renovated and strengthened. By 1649, most of the Middle Ages structures were removed. Oxford also found a new use as a Prison. Refurbished for this purpose, even Gallows were constructed for executions.

Privately run (but Publicly subsidized) – Oxford was not properly maintained. In 1785, new road construction required the filling in of the Moat and removal of the “Old Prison”. A new Prison structure was constructed (using Convict labor). It remained an active prison until closed in 1888. Renovation to it's 16th Century condition began in 1954. Much has been repaired or reconstructed to give Oxford Castle it's present appearance. 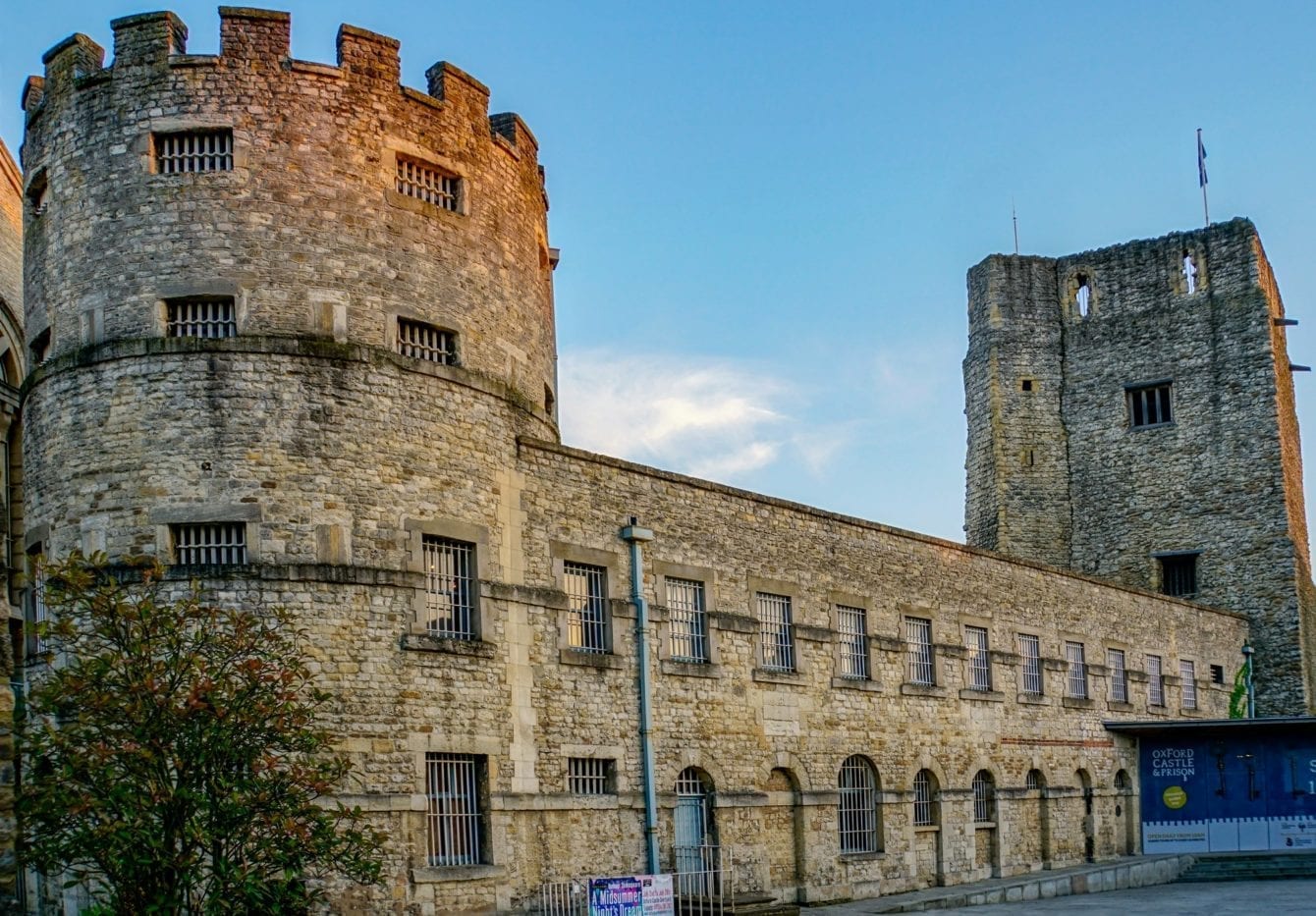