Once a (4) Term South Carolina (US) Senator, Otway Burns started his ''respectable'' life out as a Privateer, in service to The US Government during The War of 1812. Born in 1775, Burns began his career in his teens as first a Sailor and later a Merchant Captain. He worked The East Coast Ports and may have also traveled as far South as The Caribbean.

With the start of The War of 1812 between The US and Great Britain, Burns and an associate purchased their own Frigate, The ''Zephyr''. Arming the close to 100-foot Ship with several ''stout cannon'' and ''much weapons such as Pike, Cutlass and Pistol'', Burns and a recruited Crew made War gain British Shipping – even without official sanction or Marque by The US Government. As a ''Pirate'', Burns and his Crew no doubt amassed a tidy sum in the early year of The War.

By 1814, Burns had received his Marque of War from The US Government (unofficially) and purchased The ''Sea Dragon'' from his proceeds un the sale of ''Zephyr''. The ''Sea Dragon'' was 50-feet longer and better equipped. Faster, Burns often attacked British Man-of-Wars with regularity.

After The War, Burns sold his Ship and invested much of his ''booty'' in Port Business, amassing a large fortune. Using his financial power, Burns was able to secure a Political position in The US Senate as a Representative from The State of South Carolina. Burns was a Pro-Slavery Supporter. He served for (4) Terms. He was popular in The Senate and often regaled many with his ''Pirate Stories''. Upon his retirement from The Senate US President Andrew Jackson made Burns Lighthouse Keeper for Brant Island (SC). This was at one time one of the largest Lighthouse on The East Coast. Burns took the position, which he held till his death in 1850. 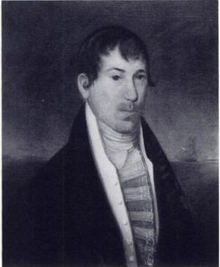