Considered Elite Mounted Soldiers and Cavalry, The Kapikulu were Household or “Life” Guards to The Ottoman Sultans. They were similar in formation to The Janissarians. The Kapikulu were recruited from young boys taken in both conquest and as ransom. They came from Central and Eastern Europe and were assigned to a Turkish Noble House.These boys were converted to Islam and trained in the discipline of The Horse. Well conditioned by the time they were in their 20s, they were a Force to be feared. The were at their height of power in the 15th Century. Lightly Armored, they were noted for their skill with Spear, Lance and Sword. The guarded The Palace and other official Residences of The Sultan and his Family. The Kapikulu would – as all other Classical Ottoman Forces, were disbanded in the  19th Century with modernist reforms of The Turkish Army. 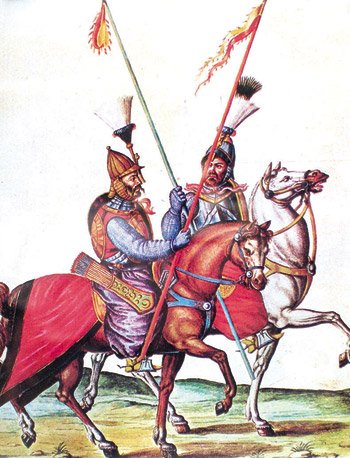