Raised and commanded by The Baron de Ottendorf, Nicholas Deitrich (a German Mercenary) – ''Ottendorf's Corps.'' was a Force of 160 Officers and Men from Eastern Pennsylvania. Mustered into Service with The American Continental Army under General George Washington in 1776, they were considered a ''Light Infantry'' Unit.

They fought at the epic and bloody battles of Germantown and Brandywine (suffering heavy casualties in both). Noted for being ''crack shots'', Ottendorf's Corps. would eventually be merged into several Dragoon Regiments in 1778, losing their identifier. Soon after, a disgruntled Ottendorf would ''switch sides'' and fight under Great Britain against His former Allies. 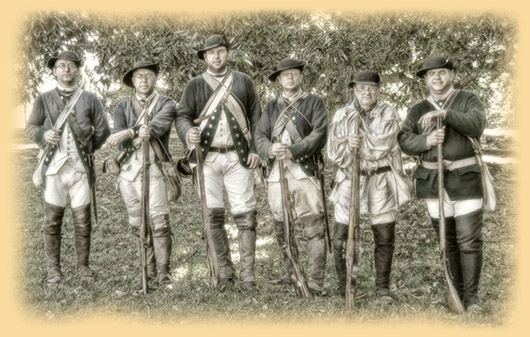