Construction of Osaka Castle began in 1583. Located in Osaka (Southeast) Japan, it was literally cut from layers of cut rock, it is one of the best known of the Feudal Castles in Japan. Filling some 15-acres, Osaka Castle features a 5-story Donjon-Keep structure. Each of it's “level” (reaching from the top to bottom is 8-stories tall!) - is a defensive perimeter wall with corresponding Drawbridge (with either a Wet or Dry Moat Defense System. Some 5 Defensive Turret Towers are strategically positioned (from the top to bottom). Used as the Imperial Palace (and seat of Government), no expense was spared to provide lush a lush living area, coupled with the “latest” in Feudal defensive technology.

During The Siege of Osaka (1600), the Castle's successfully fought off an attacking Army of 200,000. Osaka Castle's Turret Towers were reinforced with massive blocks of granite around 1615. Repairs and renovations proceeded through the centuries (depending on The Emperor's – and area Shogun's – need). However by 1843, much of Osaka had been neglected. It was captured by Loyalist Forces during The Tokugawa Civil Wars (1868). Much of Osaka was burned and destroyed. The Loyalist Forces deployed massive amounts of field artillery against the Castle. In the 1920s, Osaka Castle was under control of The Imperial Japanese Army.

The Castle was renovated for use as an ammunition storage facility. During World War II, Osaka Castle employed some 60,000 people to manufacture war munitions for The Army. A major American bombing raid target, Osaka Castle was 90% destroyed by bombs. From 1995 until 2014, The Japanese Government has been restoring Osaka to pre-Imperial glory. 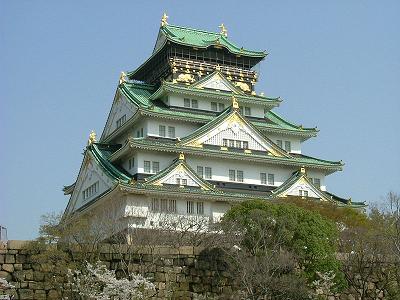