Order of The Knights of St. Stephen

This Order was founded in 1561 by the last of the famed 'de Medici Family - Cosimo 'de Medici. Possibly created as part of The Italian Mercenary Wars (in which wealthy noblemen created standing armies for protection). Officially known as The Holy Military Order of St. Stephen - Pope and Martyr. They were not sanctioned by Papal Authority. They started activities almost immediately upon their creation. The Order was based on The Isle of Elba. They participated in The Siege of Malta (1565), The Battle of Lepanto (1571) and the capture of The City of Annaba - where they captured some 1,500 and killed 500 more.

After the Era of Piracy in The Mediterranean Sea ended, The Order was regulated to garrisoning many of the coastal fortifications within the region. The Order wore the white mantle-apron with The Red Maltese Cross. The Order was only open to Candidates who were 18 years or older and noble. They also had to have their own wealth. Further, the Candidate had to prove that he had no heretics in his bloodline.

The Order was abolished on 1799, but reconstituted briefly in 1815. The Order was revived in the early 20th Century as a philanthropic organization. Although still not sanctioned by The Italian Government - they are allowed to operate as a religious Order. They still use the ancient recruitment practices and use the titles of "Knight and Squire". 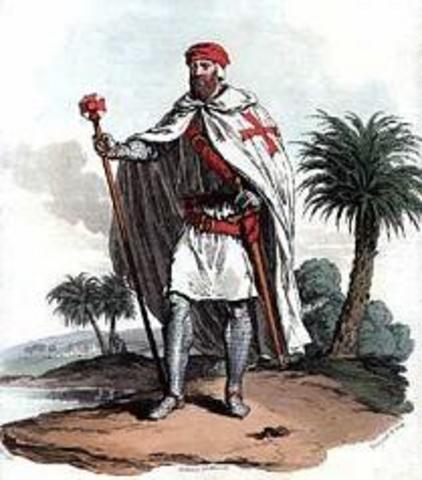