Order of The Knights of St. Mary

The Order of The Blessed Virgin Mary or Ordo Militiae Mariae Gloriosae - simply The Knights of St. Mary. They were founded in 1261 and were primarily a Military Order of noblemen - aligned to Papal Authority. The Order were known for their light-blue apron-mantles with a Gold Cross on the front. Nothing else is known of their uniform. They never served in The Middle East and were used primarily as a Home Guard Unit. They also served in a policing capacity in the City of Benevento after a local civil war (keeping bandits from robbing the populace).

They also served in a military capacity during the Guelph/Ghibelline civil war (defeating them in several engagements). The Order was a prime target for graft and various religious infractions - so much so that famed writer Dante Alighieri included them in "The Eighth Circle of Hell" in his book "The Divine Comedy". The Order would be disbanded by Papal Authority in 1558. 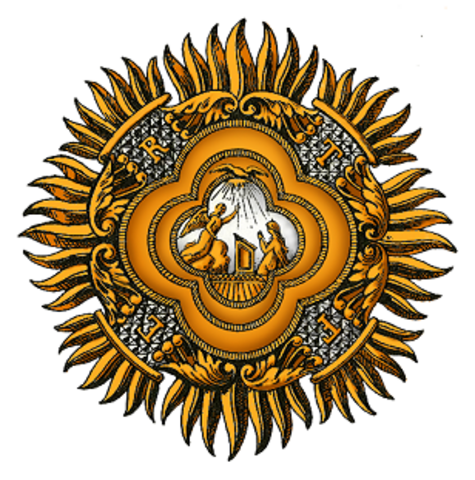