Order of The Jar

While The Order of The Jar dates to it's formation by Spanish King Ferdinand in 1403 AD as a ''Fighting'' (and later Chivalric) Order, The Group claimed older linage to the year 1070 AD. Their name ''Of The Jar'' (and related symbolism) is linked to a Clay earthen jar used to hold Lilly Flowers on The day of The Annunciation (Feast). In addition to Spanish Knights, The Order also invested various German Noblemen. Most Spanish Knights however were the only Members who could boast of their battles with The Moors towards the end of The Reconquista Period. Once a Chivalric Order, many of it's Members would eventually retire, with The Order vanishing in it's entirety around 1416 AD. 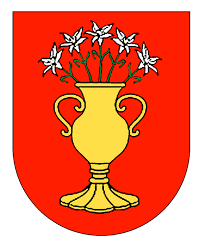