Order of The Dragon

The Societas Draconistarum or The Order of The Dragon, was a Military Order founded in 1408 by King Sigismund of Hungary. It's mission was to protect the Kingdom and defeat all "enemies" of Christ. The Dragons operated  in Central and Western Europe, primarily against The Ottoman Turks (and their invasions and incursions into their territories). The Order did not wear a specialized mantle-apron. They did wear a Red Cross bordered in flames (on armor, swords etc).

The Order was solely for the Noble Class. They also identified themselves with a Gold Dragon pendant worn about the neck. A "Dragon Standard" was normally used in the field (along with whatever National flag was being carried). Most members of The Order were wealthy enough to fund and field their own armies and militias. The Order would die out with the death of King Sigismund and disbanded in 1437. 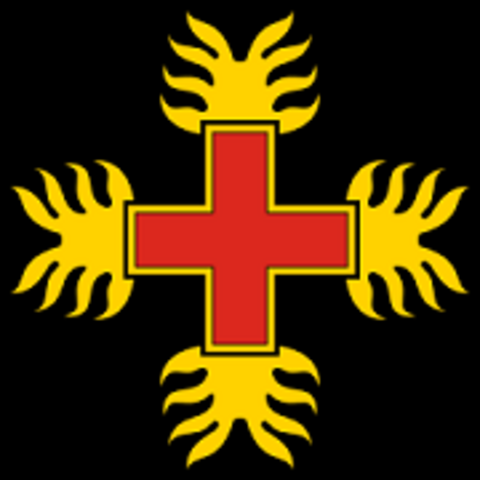