Order of Hospitallers of St. Thomas

The Order of Hospitallers of St. Thomas of Canterbury at Acre (aka The Knights of St. Thomas), was founded after the capture of The City of Acre in 1191 - by the Chaplain of St. Paul's Cathedral. The Order (while small), was responsible for tending to the sick and injured who fell in The Crusades. Following the original Rule of The Teutonic Knights as their example, they were also responsible for the defense of The City of Acre.

They were also one of the first Orders to use artillery (when it became available in the region). After The Fall of Acre, The Order (along with others), moved to the Greek Island of Cypress. They were responsible for the building of several Churches there (all now in ruins). In 1320, The Order moved to London, England. Unfortunately, The Order had no Grand Master and had no finances to support themselves. Converting themselves into a secular Order, they also adopted The Rule of St. Augustine.

They opened many schools and assisted in caring for the sick and injured in many hospitals and clinics. They also opened a Livery service as a way of generating income (which was quite profitable). In 1538, King Henry VIII suppressed and disbanded all Orders in England (of Catholic origins). However disbanded, they maintain their successful Livery (which lasted into the Modern Era in one form or another). They were reconstituted in the 19th Century as a charitable organization, still using the ancient titles and forms of their past military Order. 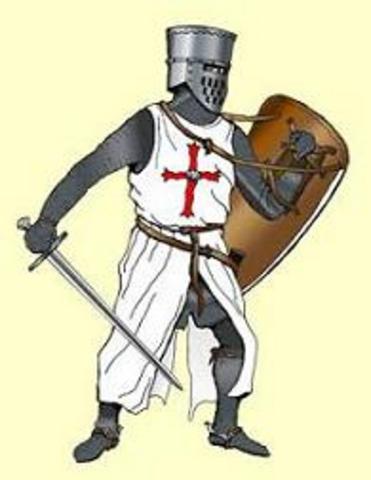