''Trinity'' was the operational code given for the first testing of an Atomic Device in 1945. The Device – then known simply as ''The Gadget'', was the fruit of the ultra Top Secret US Government Project known as ''Manhattan'' (began in 1942). The test of The Device was in Socorro, New Mexico.

The initial Device was placed on a steel tower ans sphere encasement called ''Jumbo''. The sphere was roughly 15-feet in diameter and weighed 140-Tons. The tower erected to hold the sphere was 25-feet tall with a 10-foot diameter. The ''Gadget'' was secured inside the sphere itself, connected to an electrical firing assembly.

Initially, conventional explosives were tested with ''Jumbo'' – as a means of testing the overall explosive range and damage thought to be created. Hundreds of tons of explosive were used in an attempt to simulate the possible explosion of ''Gadget''.

At 5:29AM on July 16, 1945 – the first atomic device was detonated with predictable (from science's point of view), results. It was determined (as has been previously discussed), that enough fissionable material remained to construct two active atomic weapons (bombs) – which could be used. These weapons would be known as ''Fat Man'' and ''Little Boy''. While the use of both against Japan in World War II (Hiroshima and Nagasaki) – would ultimately end that War, they would also usher in both The Atomic Age and The Cold War. 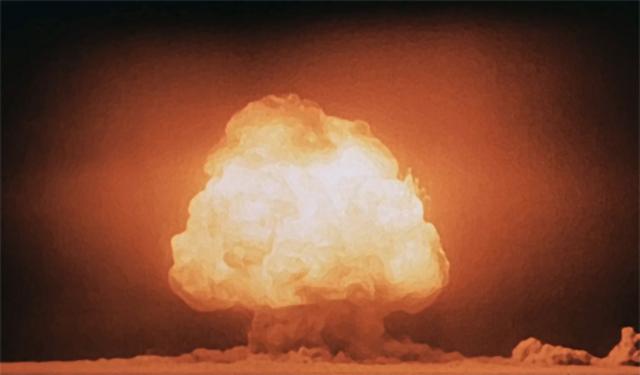