Operation ''Sandblast'' was an American Cold War Submarine Deployment conducted in 1960. The US Navy was tasked to circumnavigate The World (underwater) in an attempt to establish ''Global Superiority'' and plot attack routes for it's future ''Atomic Weapons'' Platforms in Submarine Warfare. The Route took 70-days to complete. Numerous Patrol Zones were so established by The US Navy as a result of The USS ''Triton'', the American Submarine chosen for The Mission. This was the first fully completed circumnavigation of The World since 1522. In addition to establish future Nuclear attack Protocols, Operation ''Sandblast'' recorded hundreds of underwater discoveries and advanced many more scientific test protocols used today in underwater exploration. The Soviet Union would attempt the same ''Mission'' in 1966, although it is argued by Historians that The Soviets did not complete a true ''circumnavigation'', as it only concentrated on Northern Arctic ''World Missions'' – as a means of trying to experiment with launching Nuclear Missiles from Submarines in extreme Cold Weather Regions. 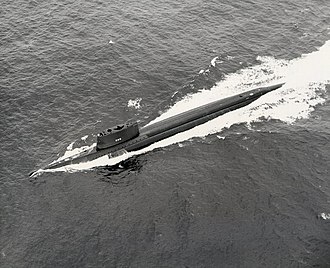